When couples decide to have children through in-vitro fertilization (IVF), they must face challenging questions regarding what to do with frozen embryos after a divorce. For example:

States have struggled to enact consistent legislation on this matter, so we’ll look at various examples of court decisions and how they were derived.

Why Frozen Embryo Issues Are Important

From 1987 to 2015, over 1 million babies were conceived through IVF. This isn’t surprising, as it provides a solution for:

Despite its prevalence, frozen embryos remain a hotbed of debate and are riddled with a lack of clarity in divorce cases.

Legal Considerations of the Frozen Embryo in a Divorce

Let’s take a look at the key document in these cases and how states have interpreted divorces, including a high-profile one involving frozen embryos. 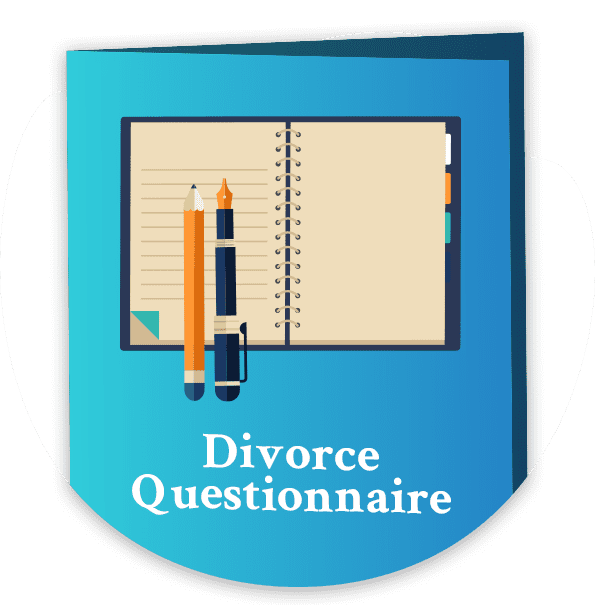 What do you need to know BEFORE getting a divorce?

Get your free guide

Because of the volatile landscape on abortion rights, especially with the recent overturning of Roe vs. Wade, it’s unclear how state courts view frozen embryos.

Ownership of the embryos can’t be addressed in a prenup, like other clauses, because they haven’t explicitly been defined as property (e.g., real estate or furniture). If states view the embryos as children, most states do not allow child custody to be included in a prenup anyway.

As a result, the key document that states refer to is the contract drafted by a surrogacy and reproduction attorney or one signed at fertilization clinics before the IVF process starts.

The fertilization doctor or clinic will have you sign a contract before you begin the assisted reproductive technology (ART) process. Otherwise, couples sign a legal contract created by an attorney. Either way, most clinics require a signed agreement before proceeding with fertilization.

The contract covers what happens to the frozen embryos in case you divorce. Typical options for handling embryos include:

However, frozen embryos are a sensitive topic that touches on life, rights, morality, and ethics. As a result, and even with this contract, states vary wildly in how they enforce it in a divorce.

There are three approaches that states take when dealing with IVF in divorce cases:

Let’s take a look at each method.

Strict adherence to the contract

This approach, also known as the “Pure Contractual Approach,” is the most common way courts interpret the IVF contract. This option is pretty clear: States honor and enforce whatever was written in the contract on what will happen to the frozen embryos in a divorce.

Even if one of the parties has a change of heart or life’s circumstances have changed, the original contract is enforced.

Let’s say the contract states that the frozen embryos will be destroyed upon divorce. However, the female party can no longer produce eggs (perhaps due to cancer treatment). Regardless, the embryos will be disposed of even if the female desires to keep them now that she is infertile.

This purely contractual approach was enforced in the case of Sofia Vergara and her ex Nick Loeb. Loeb sued Vergara in both California and Louisana to gain control of the embryos and plant them in a surrogate after they divorced. However, the IVF contract stated that Loeb couldn’t do anything with the embryos without the actress’ consent. The courts enforced the contract and prohibited Loeb from taking action with the frozen embryos.

Uphold the contract unless there’s a change of heart

Known as the “Contemporaneous Consent Approach,” some states uphold the IVF contract signed prior to the procedure unless one spouse has a change of heart at the time of enforcement.

Once there’s a change of heart, the contract is no longer valid, and the two parties must reach a consensus before further action is enforced.

This method forces the couple to have additional, tough conversations about the frozen embryos under less-than-ideal circumstances. The embryos remain frozen or in storage until the couple arrives at an agreement.

The idea here is to safeguard against unforeseen developments in people’s lives and account for changing familial, health, religious, or philosophical practices. States like Massachusetts have consistently applied the Contemporaneous Consent Approach since 2000.

Weigh the ethical and legal matters to provide a “balanced” decision

Some states, like New Jersey, will take an approach known as “The Balance Test,” factoring in physical, moral, and ethical issues alongside the IVF contract. Issues like religion, infertility, and the desire of a party not to become a parent are weighed into the ultimate decision.

As you can imagine, this is a tricky process to navigate. How do you measure the importance of one party’s right or desire to have a child versus the other party’s right or desire not to have a child? For the latter, finances can be a major issue. Perhaps they can’t afford to become a parent. So should the state allow the other party to have the child and force child support?

This approach can become nebulous and nearly impossible to appease both sides.

What You Can Do to Prepare for a Frozen Embryo

First, find out what approach your state commonly takes in divorce cases involving frozen embryos. Research cases online or contact a surrogacy and reproduction attorney to help you.

Second, discuss with your spouse the various options for:

This isn’t an easy discussion, and covering all your bases can be difficult. However, a surrogacy and reproduction attorney can help greatly to ensure peace of mind and confidence heading into the fertility clinic.

A Note on Protecting Eggs (Not Embryos)

Any woman that has had her eggs frozen during marriage should make sure that the divorce judgment says that: